As I look back on the 2010s, I get a better perspective on how my deconversion worked and how much changed. Where my 2019 review will probably end up “2019 was a lot like 2018, but still different”, the difference for me between January 2010 and December 2019 is night and day.

At the start of the decade, I was preparing to speak at a Bible software development conference, and my commitment to my childhood religion was unquestioned by all, including me. By the end of the decade I had spent more than a third of it as a self-identified atheist, had started a blog where I wrote critically and at length about religion, was involved in several strongly anti-theistic communities, and was about as certain as I could be that I was never going back.

A decade of contrasts

For me, the decade was a decade of increasing independence, as I moved out of the family home, bought my first home and my first car, travelled the world, and generally found more spaces where I could make my own decisions and express myself more freely. It was the decade I became me: Not the hopelessly broken servant of a distant God, but an individual in my own right and with my own value. And that process has led me to so many contrasts.

What more can I say? The decade was made up of literally thousands of experiences, achievements, learnings, and photos, some major, some minor, all contributing to make me who I am today. With the benefit of hindsight, I can see that 2020 me is a logical continuation of many things that 2010 me valued - and yet the net result is a person that 2010 me couldn’t even comprehend. However, I know I can trust my new perspective much better than the old one: My world has grown, and I have had to grow with it. I suspect I changed more in this decade than I will in any subsequent decade, and the net result, at least from my perspective, is good.

I’m sure things could be better, but they could also be a lot worse. After all, in my darkest times I wondered whether I could truly live through the decade. To enter 2020 not just alive but truly enjoying life is an amazing privilege.

My decade in two pictures

I’ve chosen two photos to sum up how I’ve changed this decade. Not so much the physical changes (though there are certainly some of those), but the changes in my goals and attitudes.

The first is from the start of the decade: 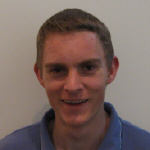 This picture was actually taken on my first day of work back in 2009. At the time the photo was taken, I’d finished my education, spent some time on mission work in India, and was starting a graduate job that I hoped would suit me well. I must have been hopeful that everything would work out and I would correctly achieve the pre-approved life plan.

Since photos of me smiling are rare and I liked this one, I chose to re-use it for the speaker listing at BibleTech:2010. By that time my path forward must have been, if anything, even clearer. I was certain I fit in well enough at work, in church, and at home, and I was certain that I would serve God for the rest of my life and hope to win entry into his ever-glorious kingdom.

The second photo comes from the Pennine Way in 2016, a couple of months after quitting my childhood religion:

Where the previous photo showed a clear way forward, I think this one shows both uncertainty and hope. I hoped that I’d have a great walk and complete it. However, it was a new experience and I didn’t know whether I would succeed. As it happened, I did pull out with injury half-way through, and it was only careful re-planning and re-arranging of my schedule that allowed me to return a few weeks later to complete it.

This hike was one of the first things I did that I couldn’t have done while still religious (because - horror - it might have meant missing not one, but two Sunday services. Forget that religious leaders like Moses, Jesus, and Paul were said to spend lengthy times in the wilderness…).

However, there was more to it than that: It was something that I could do just because I wanted to do it, without any guilt about whether I was doing enough for God. It showed that I was both willing and able to try something new and see if I liked it. I wasn’t completely prepared for it (and maybe couldn’t be completely prepared for it), but I was going to give it my best shot. And it gave me an accomplishment that I could value and celebrate.

I think these things are also true of my longer, harder, and more rewarding journey in search of new purpose after leaving religion. When I quit religion, I didn’t have a magic new life plan waiting. I had struggled badly living a double life as a doubting believer, and was hopeful that my life would improve and that I would find new and better achievements to celebrate. But I couldn’t know without trying it.

Shortly after I announced my resignation, a relative got upset that I didn’t have a brand new life purpose to replace the old. But that wasn’t the point: It was enough for me to know that the old purpose didn’t work for me. Leaving was painful, but staying would have been even more painful. I had outgrown the religion that once fit me so well, and there was no going back.

Like the Pennine Way, my journey post-religion has taken me on unexpected twists and turns, and there have been pains along the way. Also like the Pennine Way, striking out into the unknown has led me to many rewarding experiences. Looking back after a third of a decade out, I know my life is much better than it was.

2010 me really wanted certainty - even though I think I was already starting to ask the questions that showed that certainty to be impossible. Post-religion me has had to acknowledge that that certainty doesn’t exist. But I’ve also come to learn that this very uncertainty contains many opportunities that I can seek out and shape. I’m not trapped in someone else’s vision of my life, but get to discover my own vision and pursue it.

I changed in ways that I couldn’t have imagined in the 2010s, and I imagine the same will be true of the 2020s. Right now, 2030 feels like a long time away. I don’t know if I’ll be writing another “decade in review” post then. I don’t even know if I’ll still be running a blog.

However, I suspect that if I do look back on the 2020s, I will find that I continued to do things that I value today, and that some of those things took me to places that I can’t even imagine today. 2020 me may not be able to recognise 2030 me, but I’d like to think I would approve it.

At the start of 2010, I would definitely have expected to still be Christadelphian in 2020. I would probably have expected to have kept living in Melbourne and working as a software developer. Given how much I valued stability, I may even have expected to remain working for the same company, as I have. And given the pressure of community expectations, I may well have expected to be married and have children.

Here at the start of 2020, I would definitely expect to remain an atheist in 2030. Perhaps I will be more critical of my childhood religion than I am now, or perhaps I will have gained the perspective to dismiss it and move onto more important things. However, I would be surprised if I’m still working at the same company - I’m not even sure I’ll still be in Melbourne. And as for marriage and children - well, I don’t even know whether I’ll be in any kind of relationship by 2030. However, if I am I expect it will be because I want it, not because of the expectations of those around me. Finally, continuing with some of the other themes that have motivated my blog and my post-religious life path, I expect I will be just as keen on hiking, on photography, on reading, on writing, and on learning about and experiencing the world as I am now.

New Year’s Day found me writing poetry (not exactly what 2010 me would have expected), and I think this verse best sums up my feelings about the new decade:
Joys and sorrows mingle on the threshold
Let them in? Who would be so bold?
See! They come in, like it or not
Perchance they may improve our lot

I don’t expect the 2020s will be perfect. There are sure to be many sorrows, both for me personally and for the world generally. I don’t know what will come next, and I can’t control it or stop it.

However, I do know that my life has got better the more I have taken control of it and the further I have got from religion, and I hope that will continue in the 2020s. I may be nervous, but I’m also excited about the coming decade. I can see many opportunities in front of me, and there are sure to be plenty of others that I don’t see yet. Choosing some of those opportunities will probably prevent me from taking others, and that’s OK.

I hope to have wonderful experiences that I could never have expected, as well as to continue to see the wonder and the beauty in day-to-day life. But, whether or not these things come, I hope to be able to look back and see that I did what I thought right, and that the result was a good decade. Not just a good decade for me, but for those around me, those I care about, and those I feel responsible for.